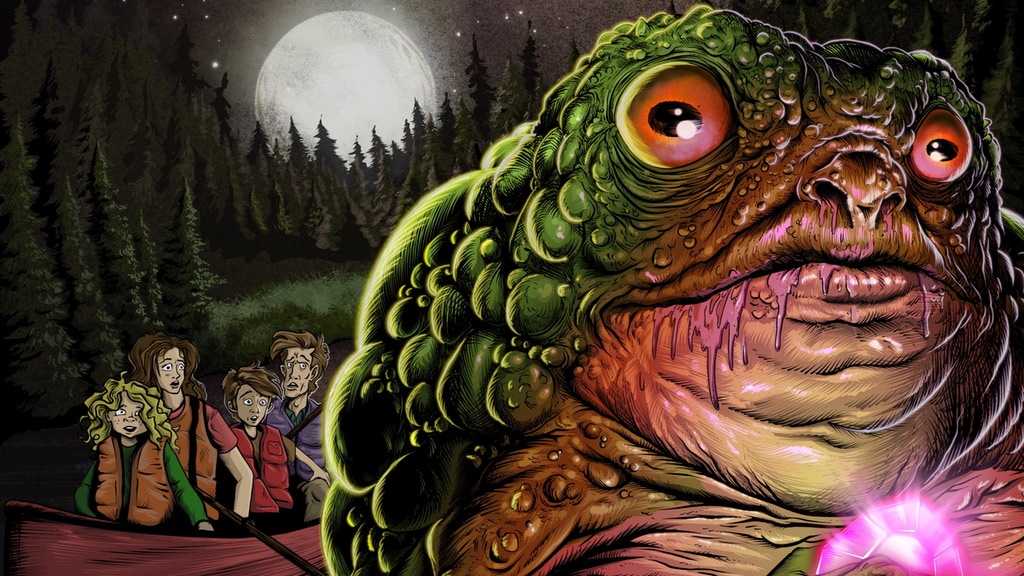 Turner Family Terrors 1-3: The Suburban Slayers Are Back!

Latest Updates from Our Project:

It's official - Best day one ever! We smashed our day one backer total, we're sitting at 62% funded, and we made Kicktraq's Hotlist. Sweet. Thank you so much for not being tardy to the party and coming out on Day one. I told you I had a super sweet surprise bonus for all you early arrivers. And here it is - Baby BadAss Vol.1 by David Schrader, creator of Cannibals on Mars, currently Live on Kickstarter. Check your inbox for a private message from me with the link.

A few years back I met Dave at a Free Comic Book Day event. I snagged issue #1 of Baby Badass and told him I was psyched, my five year old son was going to love it! He shook his head and said, "Oh no man, not for kids."

Flash forward five years and one pandemic. Dave just read the first 3 issues of my inappropriate, over the top comic Turner Family Terrors and, what do you know, he actually liked it. Here's a little quote he offered up:

"Delightfully demented. Smart, silly, and subversive satire, Turner Family Terrors is a profane joyride filled with monsters, aliens, over the top action, and all manner of family mayhem. A witty and wild romp, TFT delivers the comic goods."

Thanks so much, Dave, for the love!

Quite frankly when I asked him for an issue of Baby Badass for my fans I thought I was getting a 22 page floppy, but instead he sent the entire 106 page Volume One. Hellz yeah!  I hope you enjoy this (For Mature Audience) grindhouse bloody little treat.

From his Kickstarter Page:


CANNIBALS ON MARS is a 48 page, perfect-bound, one-shot that delivers blood-soaked space horror that comic fans can really sink their teeth into.


Ever since the ancients fixed their gaze skyward, human beings have marveled at the planets stretched before them. Heretics, heroes, science, and sacrifice all advanced our understanding of the stars, until finally, in 2027, earthlings established the first functioning colony on another planet.

The RH7 Colonies on Mars: a terraforming series of interconnected outposts inhabited by a bold set of international astronauts, scientists, engineers, and psychologists. Their mission was twofold: to develop a sustainable environment for eventual, large-scale migration and to prove that human beings--despite their differences, could work together to create a fledgling new society built on trust, camaraderie, and the common good.

Then all communication from earth was cut off.

The colonists continued their mission.

They thrived. They survived.

They lived, loved, and lost.

And now here we are…

On behalf of the entire TFT Team I want to thank you for all the support and love you've shown our little comic here on Day 1!  We're currently sitting at 53% funded and counting. Amazing.


The fine people over at Kicktraq even threw us on their Hot list. I'm not exactly sure what that means, but I know one thing, it's Hot! And I'm embracing the heat.

A couple of my buddies also made the list - Clay Adams and Matta Sorcier with Sacrimony and PBOW. You're gonna hear a lot more about those two in future updates.


I'm gonna keep this brief as I'm exhausted from a whirlwind day. But I wanted to let you know over the course of this campaign I'll be sending out updates offering up fun Kickstarter exclusives to make this party as rockin' as possible. I mentioned in my last newsletter that all my day one backers will get a super secret surprise bonus in their inbox the following day. Well it arrives tomorrow. I'm not telling now, but let's just say it's Bad Ass, and there might be a Baby involved.


Thank you so much for joining me on this creative journey!